Huh, I guess it’s been two weeks since I wrote anything and although I don’t really see how that’s possible, it’s right on there on the calendar. (Or, technically, calendars. Brody makes sure we have a lot of them around here.)

So, to get me back into the swing of things (and because I know the curiosity is just eating you up) here’s my two-week wrap up:

-We went to NXT in Evansville and it was amazing. We saw Shinsuke Nakamura, Finn Balor and Samoa Joe in the main event with only about 1,500 other fans. That just shouldn’t be possible. It’s one of those things that hopefully Brody will look back on in total awe about when he’s older. Also, Bayley brought me to tears with her sweetness toward her littlest fans. Women’s wrestling, folks.

-A bunch of us from different Murray State News staffs got together to celebrate our retiring newspaper advisor. (Happy Retirement, Joe!) This meant we actually had friends over to our house, so a solid week of this time was spent cleaning. And yes, previously mentioned friends, that’s what my house still looks like after a week of work. I was a slob who couldn’t handle her margaritas in college and, well, not much has changed. Isn’t my consistency charming? (About the margaritas: Do not try the Barefoot Contessa’s recipe. DO NOT. That woman can apparently party.)
-Justin finally got to pick up this shiny thing! 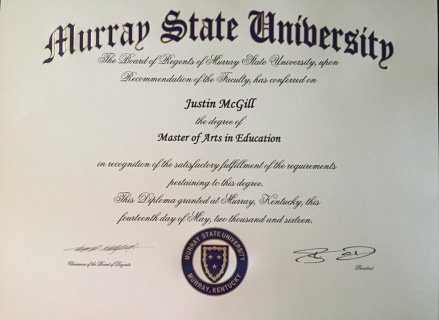 He’s worked so hard to get his degree in what feels like record time and I couldn’t be prouder of him.
-We ordered DDPYoga. That’s right, as in Diamond Dallas Page. He’s going to teach us yoga. We’ve just got it and have only barely opened it so I’m saving this blogging gold for a later post.
-I got quite a bit of my hair cut off. I love it for five minutes, then hate it for five and then feel ambivalent about it the rest of the time, but I don’t break a sweat drying it anymore so it’s here for the summer.
-I painted a good portion of our deck to look like this: 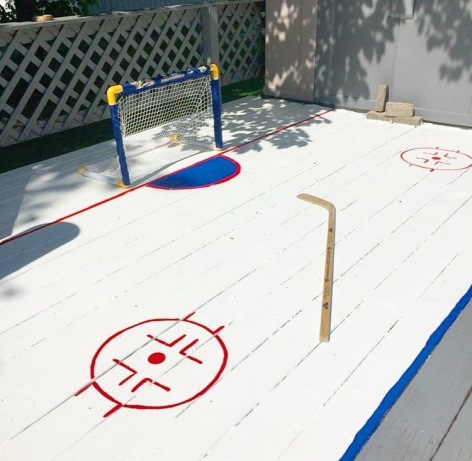 Mostly because I wanted my kid to think I was cool for a minute. He loves it.
-I bought a lot of cheese.

So, I think that hits all the high points! Now, I’m off for some pool time and to try to get back on my schedule. And, most importantly, get ready for Money In the Bank this Sunday! (Fingers crossed that case belongs to Ambrose before the end of the night.)
P.S.- Obviously some truly tragic things have happened in the world during this two weeks, but I just don’t have the words. I want to, but I don’t. Let’s just all please try to be nicer to each other. Okay? Cool.