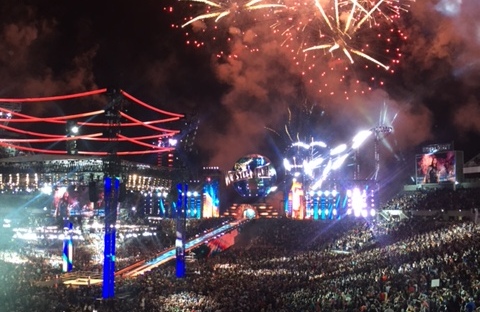 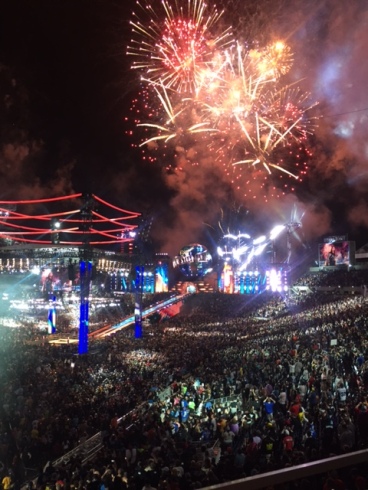 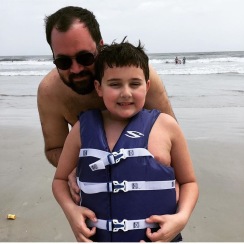 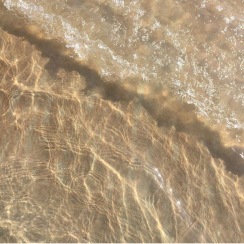 About two weeks ago, the family and I loaded up the car and headed south for Spring Break. Because when Wrestlemania just so happens to be a short drive from the beach, you multi-task and let the kid see the ocean for the first time while also watching the insane spectacle that is Wrestlemania.

The last time I headed to Florida on Spring Break*, things were slightly different. It was the year 2000, “Thong Song” was something people actually listened to and we booked our hotel over the phone from a number we found in a brochure. Printed on paper. That we got in the mail.

That time around, my roommate and I got together a list of travel essentials including swimsuits, horrible fake I.D.s (that we never once used), a few Dave Matthews Band CDs and enough cases of Natty Light that we would have been arrested for bootlegging onsite had we been pulled over. That was it. No other items needed. Except maybe a few calling cards because that’s how you called home then. Cell phones existed, but you could really only used them after 9 p.m. BECAUSE I’M OLD.

This time around, the family’s essentials started with three different kinds of sunscreen and basically included everything but the kitchen sink, even a life jacket because Brody is surprisingly more responsible than his parents and said that would be the only safe way for him to be in the ocean.

Back in 2000, the Hardy Boyz (a wildly successful tag team that were probably the cause of many young females becoming wrestling fans) were scheduled for a meet and greet during Spring Break in Panama City. We plotted on how to get there even though it was taking place a day after we were scheduled to come home, but since we were oddly responsible college students when it came to work, we knew our efforts were in vain. We had to leave for work and class, the Hardy Boyz would have to party in Panama without us.

Fast forward to 2017, the Hardy Boyz haven’t been in WWE in quite sometime and are certainly not mentioned on the Wresltemania card, but somehow fate aligns perfectly and sure enough the Hardy Boyz music hits and I finally get to see Matt and Jeff in the ring. I don’t know how the Hardy Boyz just so happened to come back to WWE the same Spring Break that I just so happened to return to Florida, but I’ll take it. It was a full circle type moment that you don’t frequently get in life.

And, of course, we had great food, family time and a ton of fun this go around in Florida. Brody loved the ocean (in his life jacket) and can’t wait to go back. Wrestlemania was awesome and one day Brody will be able to tell his kids that he saw the Undertaker’s last match. Woooo, Spring Break, wooo indeed.

*Yes, I’m capitalizing it throughout this whole thing. Everyone leaves here during Spring Break. It’s basically a federal holiday in these parts.

Also, yes, it really has taken me two weeks to sit down and write this. A few days of vacation always puts me about a month behind.